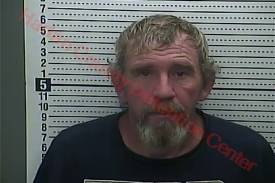 VERDA, Ky. — A fugitive from Claiborne County was arrested in nearby Harlan County, Kentucky, last week.

According to a news release from the Kentucky State Police, Trooper Sidney Wagner and Trooper Brandon Burton from KSP Post 10 Harlan received information that a wanted person from Tennessee was at a local business on KY 38 in Harlan County. The information came in at 6 p.m. Sept. 20.

Troopers responded and located Rick Brock, 52, of Tazewell. Brock had an active “fugitive from another state” warrant against him. He was wanted for three counts of continuous sexual abuse of a child.

Brock was taken into custody and lodged in the Harlan County Detention Center.