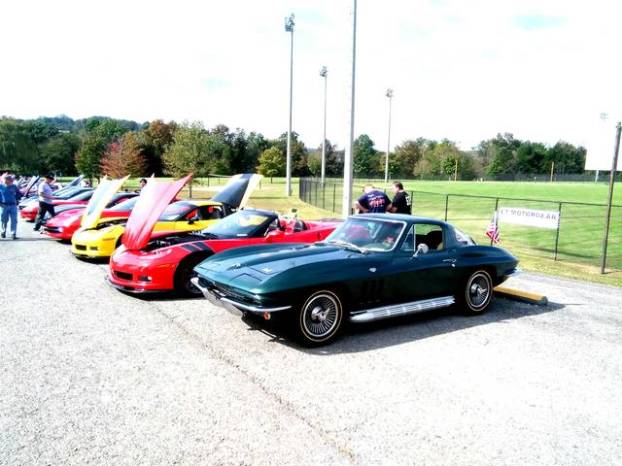 Just a small sample of hundreds of Corvettes that were at the recent Corvette Expo.

The 2017 Corvette Expo took place October 20-21 at Loudon Municipal Park. Many local Corvette owners took their cars down to see the sights and potentially take part in a Guinness Book of World Records Tail of the Dragon Cruise Friday evening.

Although hundreds of Corvettes came and left the Friday event there were not enough that stayed to beat the record. Set in 2016, there were over 400 Corvettes that made the world record cruise. This year there were less than 400 but it was still a fun event for those who had not yet participated.

During both days there were show cars, vendors, sales corral and much more for Corvette lovers to see and do. The longtime event covering 41 years is promoted by Byron Cooper. Cooper was pleased with overall show traffic but a little disappointed the record was not broken.

The next Expo will take place Spring 2018, this time at the LeConte Center located at 2986 Teaster Lane in Pigeon Forge.

It had been nine games since the Cumberland Gap versus Claiborne rivalry has been refreshed by a Panthers victory but... read more