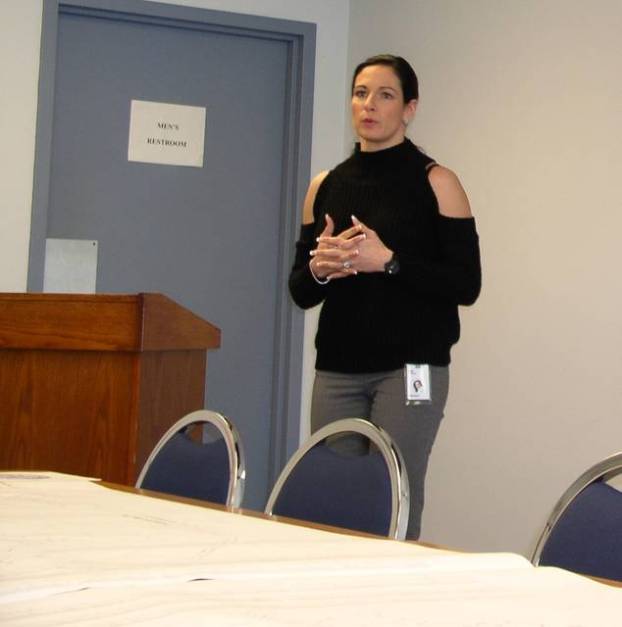 1st responders to get dedicated line

All 50 states, along with Washington D.C., the U.S. Virgin Islands and Puerto Rico, have signed up for the AT&T based project to build a dedicated voice and data transfer network for all first responders. This means those working natural disasters or other crises will have an open line for communication between the various emergency agencies despite any congestion happening on public frequencies.

Cell towers belonging to AT&T are poised to carry the network via its existing LTE (Long Term Evolution) infrastructure, which is the standard for high-speed wireless communication through mobile devices and data terminals.

Members of the LEPC (Local Emergency Planning Commission) were updated on the project by Joy Williams, government representative and account executive for Verizon.

“We are building our own public safety core network. What that means is, we’re going to be pulling public safety government accounts – meaning, their lines, WiFi, hotspots, tablets, phones – off of the commercial network and allowing you guys to communicate on a dedicated network. That’s going to give you easier routing, the ability to do priority service on data – something we’ve not done,” said Williams.

Emergency agencies, Williams said, will also have WPS (wireless priority service) on calling, which will be handled on the VOLTE (Voice over Long Term Evolution), at no cost to the agencies.

The public core network is also at no cost to first responders, she said.

“The big win for AT&T is that they have never been able to own that piece of the market,” said Williams.

She said the plan is to have a couple of the local towers ‘go live’ by the middle of this year. In particular, those areas that first responders have ‘struggled with’ in the past, she said.

“We are working with some of our jails and high schools to put in what’s called small cells. That’s to help boost capacity in problem areas where voice or data may be struggling to get out,” said Williams.

FirstNet has approved, and is already manufacturing, devices that will carry the new first responder bandwidth in the event that FirstNet allows AT&T to go ‘interoperable,’ she said.

Williams explained the two main features of the dedicated network.

“Priority is, essentially, being able to put you at the top of the queue in the event that there is a disaster, with a code that you enter into the phone. With that, preemption means you’re on a seven lane highway, it’s completely congested but you need to get out in front of it – we’re going to knock somebody off,” said Williams.

As the project moves forward, AT&T continues to conduct tests. One was performed during the Rose Bowl Parade, she said.

“We are doing everything in our power to make sure you guys can communicate. Because, at the end of the day, that’s what’s most important to us,” said Williams.

During the next five years, AT&T will continue its project to build FirstNet with its existing infrastructure as the foundation and 20 MHz (megahertz) of the band 14 telecommunications spectrum being provided by the federal government.

In the meantime, the company will explore upgrades including 5G.

Announced early last year, FirstNet is being funded by a government contract using ‘success-based’ payments of $6.5 billion that was raised from previous FCC spectrum auctions.

The wireless company will spend approximately $40 billion over the next 25 years under its contract to deliver FirstNet. States and territories will not have to pay to build, maintain or upgrade the network, according to information from AT&T.

The project goal is to allow public safety personnel to send and receive voice, data, video, images and text without concerns about network congestion, and to allow one network to share information across jurisdictions.

This goal, now being realized, has been kicked around since the devastation of Sept. 11, 2001.

The struggle to get the Claiborne County Jail recertified is over, for the moment, and Sheriff David Ray says it... read more