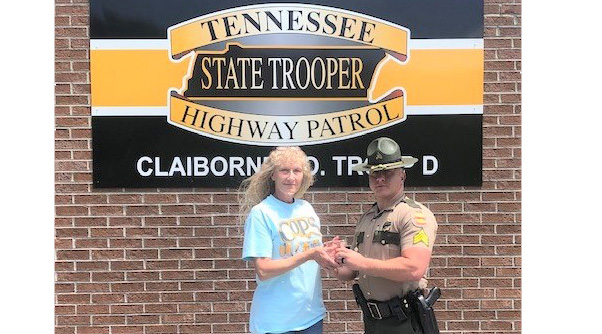 THP remembers one of their own 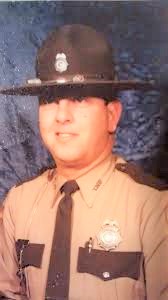 Time does little to fade the memory of certain events. The minute hand was within a few strokes of touching midnight when nearly a dozen shots broke the silence of a quiet May evening in downtown Tazewell in 1991. First responders were shocked and dismayed to come upon the aftermath of the brutal murder of well-known and respected Tennessee Highway patrolman Douglas Wayne Tripp.

The veteran trooper was shot ten times in the head, neck and shoulder areas with a .22 caliber rifle, while sitting in his cruiser at the Tazewell Muffler Shop. The murder, which occurred on May 18, resulted from a routine traffic stop. Tripp had been in the process of writing out a speeding ticket to John Henry Wallen, who had reportedly had previous ‘run-ins’ with the trooper.

Wallen was initially convicted of first-degree murder and sentenced to life in prison. However, that would not be the end of the story.

The appellate court reversed the conviction in 1995 and remanded the case back to trial.

Appellate court Judge Penny J. White stated in her opinion that there was insufficient evidence presented at trial to find for an element of deliberation. White also stated in her findings that the court committed reversible error by improperly admitting evidence of a separate uncharged crime.

Wallen was later convicted of second-degree murder. He was released in 2008.

The Tennessee Highway Patrol took time out last Friday to honor one of their own during a ceremony held at the THP substation in Harrogate.

Due to COVID-19, the ceremony was restricted to just the principal players. Trooper Rex Bailey, who is stationed in Claiborne county, was joined by THP Sgt. Jeffrey Poore and Tripp’s daughter and granddaughter Deborah Tripp and Christy Johns.

Tripp was presented with a crystal block engraved with the THP logo in honor of her father’s ultimate sacrifice in the line of duty.

The late trooper was recognized by the Claiborne Commission in March of 2018 when they adopted a resolution to name the bridge that crosses the Powell River in honor of the late trooper. A dedication ceremony was held in May of 2019, as the signage was officially erected along the northbound and southbound lanes of US 25E.

Tripp was a 20-year veteran of law enforcement. He was just 42 years old at the time of his death.

Livestock illegally imported risk to all

The Tennessee Department of Agriculture (TDA) is reminding citizens that illegally importing livestock to Tennessee can have wide-reaching negative effects... read more