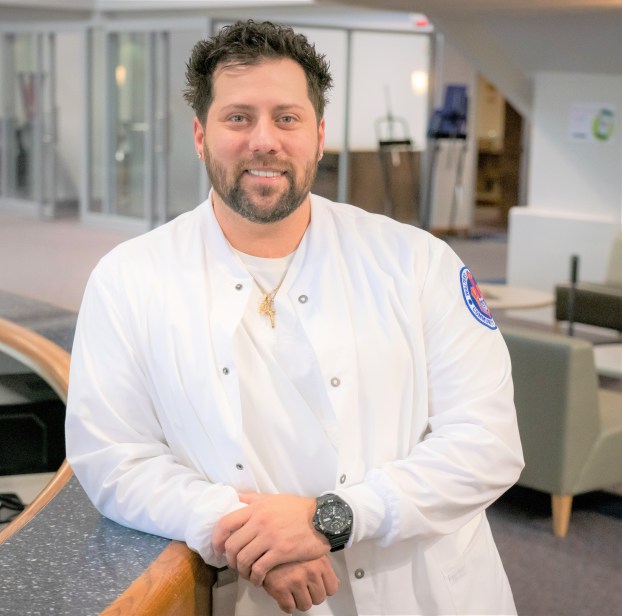 Joshua Shek spent 10 years as a combat medic in the U.S. Army prior to strapping a book bag on to enter Walters State Community College. Shek earned his nursing degree in May. (photo courtesy)

It looks as though combat veteran Joshua Shek knows himself well. Shek spent 10 years as a U.S. Army medic helping people in the midst of chaos and despair. Coming home, he says he decided to put to good use the hands-on training he received while in the service.

“I’ve always loved helping people and I’ve always been fascinated with how the human body works,” said Shek. “Nursing was a natural choice. Coming to Walters State was very practical. The classes are rigorous and intense, but the faculty members are excellent.”

Shek, who is now employed with an East Tennessee hospital, has not yet taken the state licensure exam. It has been delayed due to the closure of testing sites to avoid the spread of COVID-19.

Meanwhile, he is able to work under the guidance of a registered nurse.

Shek made the decision to utilize his veteran’s benefits, allowing him to concentrate on his studies without the worries associated with tuition and other costs. As the first recipient of the Vietnam Veterans of America scholarship, he encourages fellow vets to use their benefits to pursue a career of their choice.

“The military was a great stepping stone for me and it helped me appreciate all the little things in life,” said Shek. “College is much different than high school. If you have succeeded in the military, you can succeed in college.”

Walters State has a long history of serving veterans. The college began its vets program when it first opened its doors in 1970. The first graduating classes included many who enrolled after returning from Vietnam.

Jason Wilder, Veterans Services coordinator, says he encourages veterans to call him to discuss how to best use these benefits at Walters State.

“Some veterans are eligible for other benefits, including Tennessee Reconnect. I like to meet or speak with veterans individually to see what benefits are available. Then, the student can choose which one is best for his or her circumstance,” said Wilder.